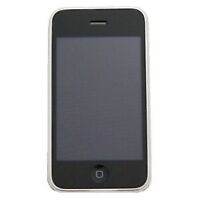 What is an iPhone 3G?

The iPhone 3G is the second generation of Apple's line of smartphones. The iPhone 3G was officially released on July 11, 2008, in the United States, Canada, Europe, Mexico, and Japan. It went to more than 55 countries by 2009. iPhone 3G was originally released in black and white models; however, newer releases come in additional colors like pink, yellow, blue, and red. The most common colors are black, white, pink, blue, or silver.

What are the features of the iPhone 3G?

The iPhone 3G's biggest upgrade from the original version is its GPS functionality. The new model supports a compass and originally could not run third-party applications, but after Apple discovered that it was possible through software modifications, they released firmware updates to allow the functionality of installing non-Apple approved programs on an iPhone. It also had additional features like video camera with zoom capabilities, improved battery life, and built-in speakerphone, along with the upgraded hardware.

Technical specifications of the iPhone 3G

The iPhone 3G is powered by Apple's A4 chipset, which includes CPU and GPU. The device has 8GB or 16GB of non-removable storage space for applications and data with 256MB RAM. The display is a multi-touch capacitive touch screen made up of an LED-backlit LCD screen measuring 3.5 inches diagonally on a widescreen aspect ratio of 480 x 320 pixels at 163 ppi pixel density with scratch-resistant glass coating on top.

What makes this phone different than other smartphones?

This device is usually considered to be more of an iPod than a phone. While it does have the ability to make calls and send text messages, its features are closer in line with iPods than any other smartphones on the market.

Content provided for informational purposes only. eBay is not affiliated with or endorsed by any of the brands mentioned above.